www.oneclimate.net Food security refers to the availability of food and one’s access to it. A household is considered food-secure when its occupants do not live in hunger or fear of starvation. According to the World Resources Institute, global per capita food production has been increasing substantially for the past several decades. In 2006, MSNBC reported that globally, the number of people who are overweight has surpassed the number who are undernourished – the world had more than one billion people who were overweight, and an estimated 800 million who were undernourished. According to a 2004 article from the BBC, China, the world’s most populous country, is suffering from an obesity epidemic. In India, the second-most populous country in the world, 30 million people have been added to the ranks of the hungry since the mid-1990s and 46% of children are underweight.

www.1billionhungry.org Worldwide around 852 million people are chronically hungry due to extreme poverty, while up to 2 billion people lack food security intermittently due to varying degrees of poverty (source: FAO, 2003). Six million children die of hunger every year – 17,000 every day. As of late 2007, export restrictions and panic buying, US Dollar Depreciation,increased farming for use in biofuelsworld oil prices at more than $100 a barrel, global population growth,climate change,loss of agricultural land to residential and industrial development,and growing consumer demand in China and Indiaare claimed to have pushed up the price of grain. However, Nonetheless, food riots have recently taken place in many countries across the world. Read More: > HERE <

As the Nobel Prize-winning economist Amartya Sen has observed that „there is no such thing as an apolitical food problem.“ While drought and other naturally occurring events may trigger famine conditions, it is government action or inaction that determines its severity, and often even whether or not a famine will occur. The 20th century is full of examples of governments undermining the food security of their own nations–sometimes intentionally.

There are many economic approaches advocated to improve food security in developing countries. Three typical approaches are listed below, click here . The first is typical of what is advocated by most governments and international agencies. The other two are more common to non-governmental organizations (NGO’s).

The third approach is known as food sovereignty; though it overlaps with food justice on several points, the two are not identical. It views the business practices of multinational corporations as a form of neocolonialism click here.

It contends that multinational corporations have the financial resources available to buy up the agricultural resources of impoverished nations, particularly in the tropics. They also have the political clout to convert these resources to the exclusive production of cash crops click here ,for sale to industrialized nations outside of the tropics, and in the process to squeeze the poor off of the more productive lands. Under this view subsistence farmers are left to cultivate only lands that are so marginal in terms of productivity as to be of no interest to the multinational corporations. Likewise, food sovereignty holds it to be true that communities should be able to define their own means of production and that food is a basic human right.

With several multinational corporations now pushing agricultural technologies on developing countries, technologies that include improved seeds, chemical fertilizers, and pesticides, crop production has become an increasingly analyzed and debated issue. Many communities calling for food sovereignty are protesting the imposition of Western technologies on to their indigenous systems and agency.

Those who hold a „food sovereignty“ position advocate banning the production of most cash crops in developing nations, thereby leaving the local farmers to concentrate on subsistence agriculture. In addition, they oppose allowing low-cost subsidized food from industrialized nations into developing countries, what is referred to as „import dumping“. Import dumping also happens by way of food aid distribution through programs like the USA’s „Food for Peace“ initiative.

www.fao.org , www.vandanashiva.org Vandana Shiva (Hindi: वन्दना शिवा; b. November 5, 1952, Dehra Dun, Uttarakhand, India), is a philosopher, environmental activist, eco feminist and author of several books. Shiva, currently based in Delhi, is author of over 300 papers in leading scientific and technical journals. She received her Ph.D. in philosophy from the University of Western Ontario, Canada, in 1978 with the doctoral dissertation:“Hidden variables and locality in quantum theory. Read More: > HERE < , Food Commodities Speculation and Food Price Crises http://www.srfood.org

Food Security Guide – Over one billion people experience the hardship that hunger imposes, a figure which continues to rise even amidst the riches of the 21st century. Engulfed within a vortex of population growth, economic instability and climate change, food security has become an urgent challenge for national and global governance. However, the feeble outcome of the 2009 World Summit on Food Security suggests that the richer countries are not yet ready to reorganise their dysfunctional priorities. http://uk.oneworld.net/guides/food

WASHINGTON (MarketWatch) — Those of us who believe that the economy should serve us instead of the other way around are conflicted. We know that the only way to end unemployment at home and poverty around the world is to make the economy grow faster. But we also know that nothing can grow forever, that the faster the global economy grows, the sooner we’ll run out of essential resources, including fossil fuels, water, arable land, healthy ecosystems and moderate climate. Economists and politicians can’t admit it, but the laws of physics apply, no matter what the latest polls tell us. The Earth has finite resources that will someday limit our economic growth.

The Earth cannot forever support 7 billion people consuming as much as Americans consume. And yet we’ve staked our future — individually, nationally, and maybe even as a species — on that impossible dream.

SOLUTIONS – Prosperity Without Growth, Professor Tim Jackson: Growth has delivered its benefits, at best, unequally. A fifth of the world’s population earns just 2% of global income. Inequality is higher in the OECD nations than it was 20 years ago. And while the rich got richer, middle-class incomes in Western countries were stagnant in real terms long before the recession. Far from raising the living standard for those who most needed it, growth let much of the world’s population down. Wealth trickled up to the lucky few.

Accordingly, this report sets out a critical examination of the relationship between prosperity and growth. It acknowledges at the outset that poorer nations stand in urgent need of economic development. But it also questions whether ever-rising incomes for the already-rich are an appropriate goal for policy in a world constrained by ecological limits. Its aim is not just to analyse the dynamics of an emerging ecological crisis that is likely to dwarf the existing economic crisis. But also to put forward coherent policy proposals that will facilitate the transition to a sustainable economy. In short, this report challenges the assumption of continued economic expansion in rich countries and asks: is it possible to achieve prosperity without growth?

In short, a ‘green stimulus’ is an eminently sensible response to the economic crisis. It offers jobs and economic recovery in the short term, energy security and technological innovation in the medium term, and a sustainable future for our children in the long term. Nonetheless, the default assumption of even the ‘greenest’ Keynesian stimulus is to return the economy to a condition of continuing consumption growth. Since this condition is unsustainable, it is difficult to escape the conclusion that in the longer term something more is needed. A different kind of macro-economic structure is essential for an ecologically-constrained world.

The above is an excerpt www.ecobuddhism.org : The full report can be downloaded here .

Available in PDF: New briefing: Food safety for whom? Corporate wealth versus people’s health by GRAIN, May 2011, further informations: www.corpwatch.org

A new briefing by GRAIN examines how „food safety“ is being used as a tool to increase corporate control over food and agriculture, and discusses what people can do and are doing about it. Below is a snapshot of what’s inside. The full briefing is available here.

Most people who are trying to change the world stick to one area, for example they might either work to preserve biodiversity in rainforests or do social justice with poor farmers. But Dr. Ivette Perfecto was never satisfied with having to choose between helping people or preserving nature. Professor of Ecology and Natural Resources at the University of Michigan and co-author of the recent book Nature’s Matrix: The Link between Agriculture, Conservation and Food Sovereignty, Perfecto has, as she says, „combined her passions“ to understand how agriculture can benefit both farmers and biodiversity—if done right.

Born in Puerto Rico, and working primarily in Central America, Perfecto has been struck by her research that shows agricultural landscapes are capable of containing as much biodiversity—in some cases even more—than rainforests, while continuing deforestation and fragmentation was leading to an untenable situation.

„In the vast coffee landscapes of Costa Rica the biodiversity of insects rivaled that of natural forests at similar elevations, and the isolated patches of rain forest in which we were working in Nicaragua were obviously not sufficient to maintain even the reduced species diversity that existed there. A new paradigm was needed, clearly,“ she told mongabay.com in an interview.

www.circleofblue.org With one-fifth of the world’s population relying on seasonal Himalayan melting, the disappearance of the Third Pole is sending warning signs.

The waterways of Afghanistan, Bangladesh, Bhutan, China, India, Myanmar, Nepal, and Pakistan are endangered, and scientists are gaining a bettter understanding of just how fast climate change is taking its toll on the region.

As the Himalayan glaciers disappear, ten major Asian river systems–the Amu Darya, Indus, Ganges, Brahmaputra, Irrawaddy, Salween, Mekong, Yangtse, Yellow, and Tarim–are threatened. Twenty percent of the world’s population faces a future of catastrophe, according to a report released by University College, Chinadialogue, and King’s College of London in May 2010.

Extreme glacial melt, seismic activity and extreme weather events are already affecting the region’s rivers, lakes, wetlands and coasts. The devastation is a warning sign of what’s to come.

In these feature articles, news briefs, photographs, and graphics Circle of Blue documents one of the critical front lines in the global battle against climate change and water scarcity.

In these feature articles, news briefs, photographs, and graphics Circle of Blue documents one of the critical front lines in the global battle against climate change and water scarcity. 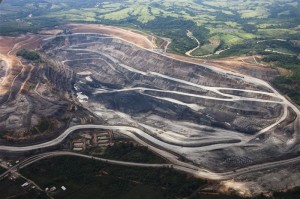 ECOCIDE is the destruction or damage of ecosystems, by humans or otherwise, so that peaceful enjoyment by the inhabitants is severely diminished.

This entry was posted by admin on 23. Mai 2011 at 09:00, and is filed under Ayurveda, Pflanzen&Gewürze, SOCIAL PROJECTS, SPIRITUAL JOURNEYS, NEWS, Trad. & Indigenous Medicine. Follow any responses to this post through RSS 2.0. Responses are currently closed, but you can trackback from your own site.